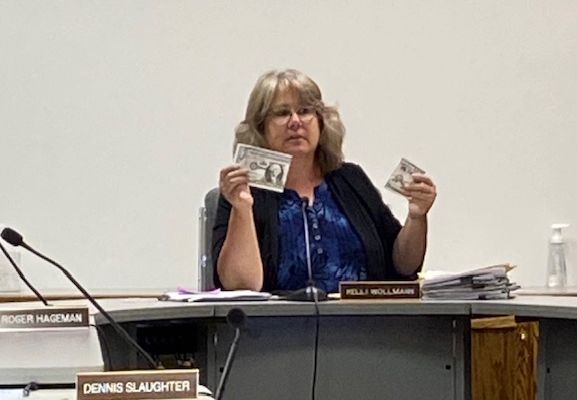 The Lake County Commission has decided not to put a new tax levy in place in order to help with funding improvements for the county’s roads.  Commissioners held a special meeting Tuesday to discuss a possible resolution establishing the tax levy, but after two hours of discussion decided not to go forward with the levy for next year.  A decision had to be made before July 15th, so that’s why commissioners held the special meeting on Tuesday.

Last week, commissioners heard from Highway Superintendent Nels Nelson regarding his department’s budget and the need for an additional one-point-seven-million dollars in order to meet all of the expenses.  Auditor Bobbi Janke said that the county can transfer up to a million dollars to cover the budget, but that wouldn’t be enough, so she provided them information on the possibility of the tax that could be levied annually for maintenance, repair, and construction of roads and bridges.

To start the commission’s discussion on Tuesday, Commission Chair Kelli Wollmann explained how the money that the county receives from taxes is split up, and why there is a need for additional funds.

After much discussion and comments from some of the public in attendance, Commissioner Dennis Slaughter said that he didn’t think now was the right time to be adding a new tax.

Highway Superintendent Nels Nelson said Tuesday that his biggest goal is safe travel on the county’s roads and to do what his department can with their resources.

Commissioners decided on Tuesday not to go forward with putting the new tax levy in place.  They will discuss at an August meeting forming a special committee to look further into the issue.