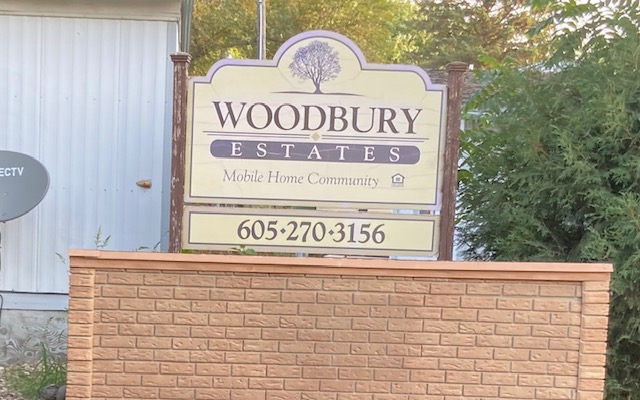 A Madison resident met with Madison City Commissioners during their meeting Monday to discuss the condition of one of the city’s mobile home parks.  Michael Johnson has met with commissioners a couple of times before to express concerns about Woodbury Estates on Northwest 9th Street.  He has said that he has twin homes that he owns near the park and has noticed several mobile homes that are in bad condition within the park, as well as a garbage issue.

During Monday’s meeting, Johnson asked what the city can do to help address some of the issues.

One of the owners of Woodbury Estates, Ryan Wordeman, told commissioners that they have owned the park for fourteen months and have torn out some trailers, but he said that some have more issues tied to them.

Wordeman said that they have worked out an arrangement with Bud’s Clean-up to help with some of the garbage issues and are planning to have an asphalt company do some work on the roads within the park.  He said that some of these issues have been there for many years and it’s going to take some time to try to get some of it taken care of.

Johnson suggested that the city condemn some of the mobile homes, but Wordeman said that will be on the property owners themselves, not on the owners of the park.

Mayor Marshall Dennert said that he will look into some of the issues with the mobile homes with back taxes and find out what the county is planning to do with the properties.