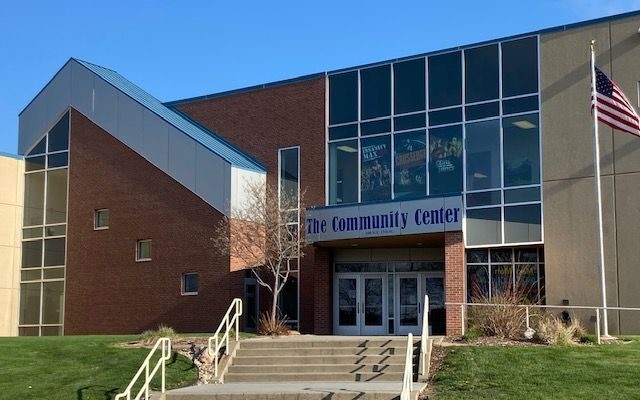 The Madison City Commission has approved an amended and restated Cooperative Use Agreement regarding the Madison Community Center.  The agreement includes the City of Madison and Dakota State University.  City Administrator Jameson Berreth told commissioners that the original agreement between the two entities was put together in 2000 when the Community Center was built.  He said that they have been working for the past year on updating it before it was recently brought to the Board of Regents for approval and now to the city.

Berreth said the primary changes in the updated agreement have to do with the three entities that oversee the Community Center.  He said the four-person board that used to serve as the Budget and Personnel Committee will now be known as the Governing Board.  This board includes Madison Mayor Roy Lindsay and Finance Officer Sonya Wilt, along with DSU President José-Marie Griffiths and Vice President for Business and Administrative Services Stacy Krusemark.  Berreth said this board will be responsible for hiring the Community Center director, approving the budget, setting rates and providing overall guidance.

Berreth said that the board that had been known as the Governing Board will now become the Center’s Advisory Committee.

Berreth said that the agreement still includes the 60-40-percent split – with the city at 60 and DSU at 40-percent on certain budget shortfalls.  He said that DSU is adding a fee also that will go to the Center.

Commissioners heard some concerns regarding the make-up of the Community Center Advisory Committee from Jennie Thompson of Madison, who has been a member of the board for the past five years.  She told commissioners that she is leaving the board with a year left of her term for a number of reasons, but she stated that it takes a lot of time and that she felt like she was fighting an uphill battle.  Thompson said she is concerned with the direction that the Center is going, and encouraged commissioners to consider having some active Community Center members serve on the committee to best represent the members’ interests.