BOR to appoint Maher as new Executive Director and CEO 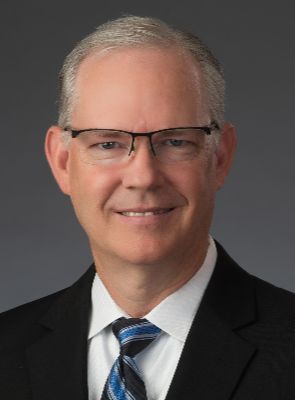 PIERRE, S.D. – The South Dakota Board of Regents plans to take action next week to appoint the superintendent of the Sioux Falls School District to lead South Dakota’s six public universities and two special schools. The regents are scheduled to formally appoint Brian L. Maher as the regents’ executive director and chief executive officer at their regular board meeting Wednesday.

Maher is expected to assume his new duties July 6.

After 21 years as a superintendent of K-12 school systems, Maher comes to his new role with extensive experience in educational administration. Last December, he announced plans to depart the Sioux Falls district effective June 30, after five years as superintendent.

“The board is very impressed with Dr. Maher’s continued success as an administrator. His experience in K-12 is important in leading our special schools,” said Regents’ President John W. Bastian. “He is well versed in the issues facing higher education in South Dakota, particularly in these difficult times. The future of this state depends on K-12, the technical colleges, and the universities working together on a common goal: to educate students and give them opportunities they otherwise would not have had. Dr. Maher is the leader to help our board achieve that goal.”

“I am honored to be named the next executive director and chief executive officer for the South Dakota Board of Regents,” Maher said. “I look forward to continuing my work in education and I embrace the opportunity to learn and make a difference in higher education.”

Maher served as superintendent of schools in two Nebraska districts, Kearney and Centennial, from 1999 to 2015, when he moved to Sioux Falls. A Nebraska native, he also worked as a school principal and began his career in education teaching mathematics, computer science, and physics. He was honored as Nebraska’s superintendent of the year in 2015.

Maher’s family includes his wife, Peg, and together they have three grown children, Lindsey, Brett, and Maggie. He has been active in the Educational Research and Development Institute and the League of Innovative Schools, and has served on the boards of United Way, South Dakota Symphony Orchestra, and the Greater Sioux Falls Chamber of Commerce.