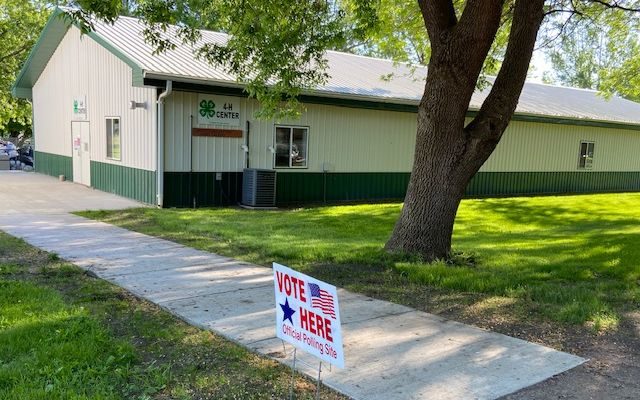 Overall, Lake County’s voter turnout in the Primary election was 31-point-4-percent.  Commissioners on Thursday canvassed the votes from the election with no changes made to any of the totals.

The Secretary of State’s Office mailed absentee ballot applications to all registered voters in the state to reduce the number of people heading to the polls on Election Day because of the COVID-19 pandemic.  Janke said that helped increase the numbers.

The Madison City and Madison Central School Board election was postponed from April because of the pandemic, so they worked with Janke to plan holding the two elections at the same time.  Janke said that her office also handled the absentee ballots for the city and school board election.

Janke said a number of election workers worked during the day in the courthouse also organizing and tabulating the absentee ballots, including a counting board that counted all the ballots for the City and School Board elections.  Janke said that having the elections at the same time contributed to a better voter turnout for those elections also.  Voter turnout in both the Madison City and Madison Central School Board elections was close to 30-percent.