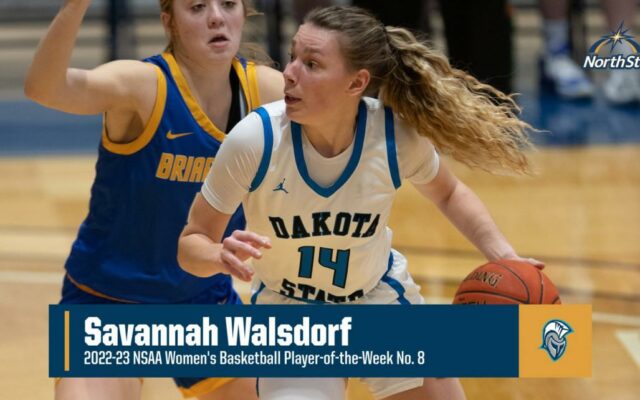 With most of last season’s starting lineup gone, most people around the DSU women’s basketball program knew it would take some time for this year’s team to come together. As it turns out, it took them about a week. After starting the season with three straight losses the Lady T’s have won 10 of their last 11 games, including wins before Christmas over #22 Briar Cliff and #15 Northwestern.

6th year head coach David Moe says it took time for both players and coaches to figure out the roles on the team.

Before the two wins over ranked teams, the Trojans lost 78-76 to Bellevue. A loss that Moe says they learned a lot from.

DSU junior Savannah Walsdorf was recently named the Conference player of the week, after scoring 20 points with 13 rebounds in the win over Briar Cliff. Moe says she’s adapting well to her new role as a focal point of the offense.

The Lady T’s will travel to Sioux City this Friday to take on Morningside.