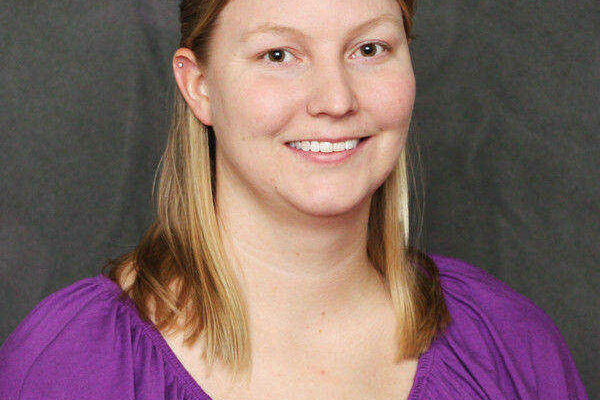 Dual-sport athlete, Jessica VanLoy, was inducted into the Dakota State University Athletics Hall of Fame this past Saturday, June 4, after having played both basketball and softball for the Trojans from 2004-2008.

VanLoy was selected to the DAC All-Conference Second Team in the 2005-06 season, as well as the NAIA Division II Women’s Basketball All-America Honorable Mention team for the Lady T’s. This was after leading the team in assists with 3.9 assists and 2.0 steals per game.  She also averaged 8.2 points and 6.5 rebounds per game as DSU went 22-11 overall on the season.

She finished her four-year career with 1,162 points, 723 rebounds, 494 assists, and 305 steals. VanLoy’s 305 steals is a school record that still stands today. She is also second in the all-time assists, fifth-all time in rebounds, and 11th all-time in scoring.

VanLoy was named a DAC Softball Second Team All-Conference honor in Spring 2007, leading the team with a .326 batting average and a slugging percentage of .609. She was 30-of-92 at the plate with nine doubles, four triples, and smashed three home runs after leading DSU to a 19-24 overall record.

VanLoy, who played mostly center field, wrapped her athletic career in spring 2008 in softball where she batted .294.  She finished with a career batting average of .311 (83-of-267 at-bats), 19 doubles, 9 triples, and 7 home runs, and also drove in 49 runs. Her nine triples are still an all-time school record in total triples with four other players.

The Dakota State University Athletics Department voted VanLoy as the Most Outstanding Female Athlete of the Year in 2008. She returned to DSU for the 2011-12 academic year to become the assistant volleyball and softball coach.  She then took the head softball coaching job at Iowa Lakes Community College later that season.

She joined the members of the 2005-06 Lady T’s basketball team, along with Joe Backus, Brian Kern, Carla Sudenga, and Dr. Jerald Tunheim as newly inducted members of the Class of 2022 Dakota State University Athletics Hall of Fame.