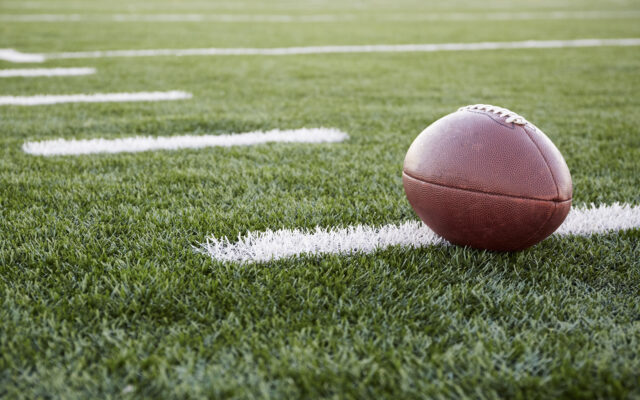 On a cold Saturday afternoon, the Dakota State Trojans ended their season with a 13-0 victory over Waldorf in what was also the final game at Trojan Field.

Defense was the story throughout most of the game, with the defense for the Trojans stepping up in big spots, not allowing a single fourth-down conversion on four tries from the Warriors, including a goal line stand to head into the half, and also only giving up four third-down conversions on 13 tries.

In the first half, DSU’s offense was able to capitalize on the defensive efforts with good field position and winning the time of possession battle as they were able to score on longer drives in the half. The lone touchdown was scored by Gavin Holland from three-yards out.

The Trojans had a 13-0 nothing lead heading into the half, and held on to that score, with no changes on the scoreboard in the second half. DSU was able to dominate the time of possession in the game with 33:43 minutes in their favor compared to Waldorf’s 26:17.

The defense had seven total tackles for loss, as Waldorf’s offense wasn’t able to get much going, though they were able to squeeze out 202 total yards of offense. That is compared to DSU’s 279 yards.

Leading the way for the Trojans offense was Holland, who accounted for 130 yards on 19 carries along with his touchdown. Quarterback Zach Brooks added 91 yards rushing on 23 rushes. He also went 6-13 passing for 67 yards and 1INT.

Cody Brown and Devonte Murphy each had two TFL’s for the Trojans.

The game was not just the final game of the year for Dakota State, but was also the final one played at Trojan Field, and Head Coach Josh Anderson was grateful to be able to send Trojan Field off with a win.

After the win, DSU ends their season 6-4 for their second straight winning season while also going 4-2 in the NSAA and 3-2 at home this year, winning seven of their last nine home games dating back to last year. All this after a 1-2 start to the year. Trojans also head into the offseason on a three-game winning streak.