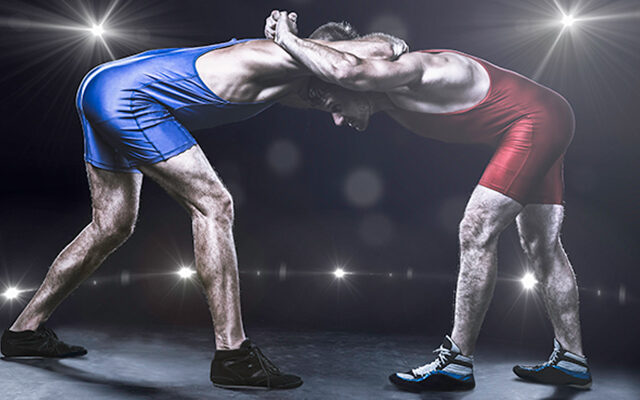 Madison wrestling finished up day one of the SDHSAA state wrestling tournament. The Bulldogs had one wrestler move on to the championship bracket. In the 138 lbs division, Isaac Henry won by major decision over Gabriel Stern of Brookings. Henry lost the quarterfinal to Peyton Tryon of Harrisburg. After losing in the first round, Layne Hess and Riley Kearin each won their first round consolation matches. In other Class A wrestlers, Karson Vessells of West Central won his first two matches in the 106 lbs and he’ll have a chance to place first on day two of the individual matches.

In Class B, Howard’s Tate Miller won two matches by decisions in the 120 lbs weight class. John Callies had a fall victory and major decision in the 160 lbs. Representing McCook Central/Montrose, Jackson Remmers and Trystan Traupel each picked up a pair of wins.

Day two of Class A and B state wrestling continues today at 9:00am.

We’ll be providing updates through the day on KJAM and follow along on our State Winter Sports page.